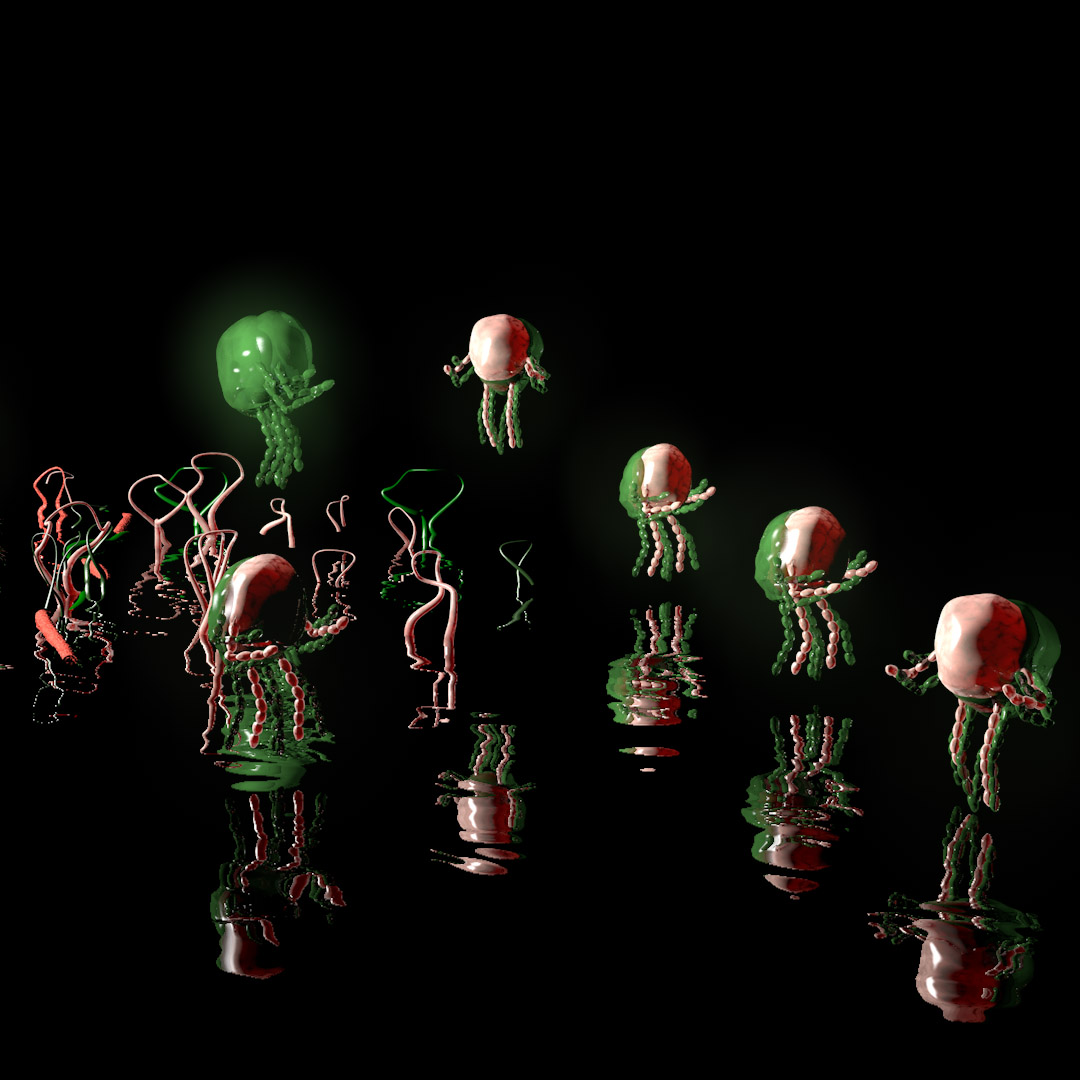 Curated by Agorama at Platform Southwark

Swayze effect presents the works produced as a result of Agorama’s Artistic Residencies & Exhibitions Programme. Hazel Brill, James Irwin and Tamara Kametani were invited to use Agorama’s studio at Raven Row from April 2019 to conceive new work informed by technology. Through collaboration and computer programming, this residency aimed to provide the artists with access to digital tools for the development of their practices.

Using emerging technologies such as augmented reality, machine learning and digital mapping, the artists trace, transform and track bodily movements from the physical to the digital. The term ‘Swayze effect’ is used in virtual reality design to describe the struggle of affecting virtual or digital environments with embodied feedback and physical presence. All the works in the exhibition suggest an intervention into an interface – possible ways of navigating and experiencing the world around us through augmented viewfinders.

Hazel Brill used her residency to experiment with animating characters, applying machine learning and game engines to generate locomotion processes such as climbing and crawling. She invites the viewer to step into a rendered plateau inhabited only by biomorphic organisms that move, interact and grow through reinforcement learning algorithms. Tamara Kametani has been attempting to hunt down a Google Street View car, inspired by a previous accidental encounter with it in 2017. In an effort to assert some form of control over her virtual depiction, the artist used her body as a disruptive tool, devising an on-going game of deception with Google in order to ‘hack’ its global scope in the most analogue way possible – physical human interference. James Irwin makes use of augmented reality to delineate the space between bodies in physical spaces and their digital facsimiles, questioning the fragmentation of identity in the virtual realm. Throughout his residency, Irwin used video to document his reflection and manipulated those recordings through various filter degradation effects, simulating an augmented reality environment to encapsulate digital loss. By inviting the viewer to experience his robotic mirror sculpture, Irwin aims to trap one’s gaze in this reflective mise en abyme – a corroded landscape.

Hazel Brill works across video, animation, sound, sculpture, text and performance. She is interested in creating ‘shows’ that merge disparate contexts and digressive narratives, playing with storytelling in popular culture.

Tamara Kametani is an artist working across a variety of media including installation, video, photography and sculpture with an emphasis on site-specificity. Amongst the underlying concerns in her practice are the topics surrounding power relations, surveillance, privacy, and access to information. She is particularly interested in the role that technology plays in the construction of contemporary and historical narratives and the new experiences it enables. The complex relationship between aesthetics and politics is at the core of the inquiry in Kametani’s practice.

James Irwin uses digital media, printmaking, sculpture, sound and moving image to rework and manipulate content from on and offline sources to shift or skew the relationship between the physical world and its digital image. His work investigates the capacity of physical and digital media to evoke/provoke authentic experience in a post truth context where anxiety and uncertainty become valid or unavoidable creative positions.